Wakou Museum was established in 1993 in Yasugi City and this is the only comprehensive museum exhibiting the traditional Japanese steel ”Wakou” manufacturing process called “ Tatara”. “Wakou” is the raw steel containing very low level of impurities such as sulfur, phosphorus and other elements which are detrimental to steel properties. “Tatara” is the only process to manufacture “Wakou” using iron sand and charcoal until this modern age. 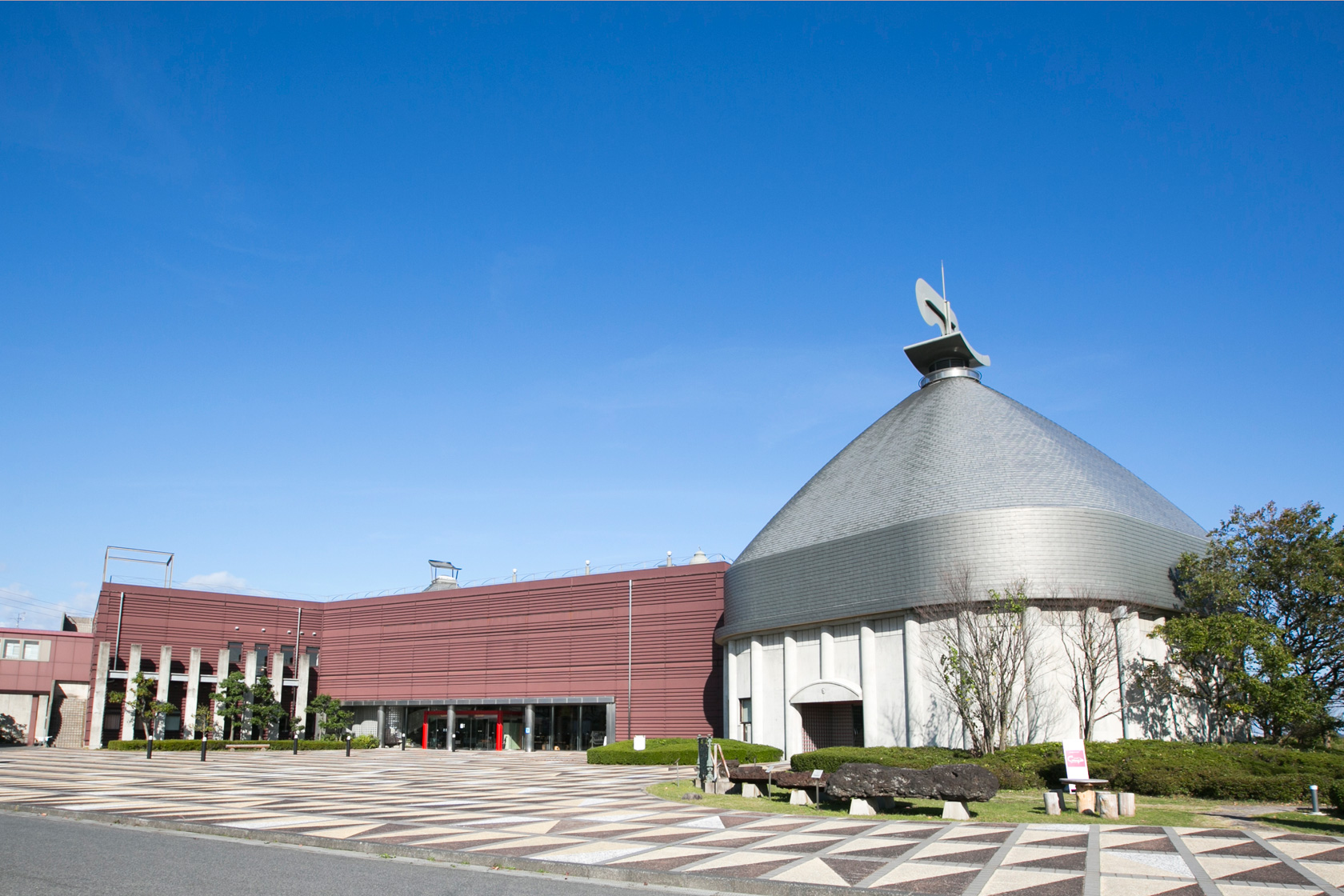 Yasugi City is located at the base of Chugoku mountainous area and this area is plenty of high quality iron sand and forests for raw materials of “Tatara”. In addition, clay for making furnaces of “Tatara” are produced abundantly. Accordingly, the amount of iron production exceeded around 80% of total production of Japan around 18th century.

After modern age began in Japan, “Tatara” was weighted on introduction of modern iron and steelmaking processes. In 1899, in order to improve the economic situations, “Tatara” owners and others established the new firm for steelmaking in Ysugi City.  predecessor of Wakou Museum was opened as the private museum of this steelmaking firm. Later as organizing  “Iron Road Culture Zone”.  Wakou Museum has opened by transferring all of exhibitions belonging to that predecessor. ( see Photo-1)

Historically, Tatara ceased in 1945, however, restoring Tatara has been accomplished by the effort of the people who wanted to revive Japanese sword culture by producing “Tama-Hagane” which is the premium raw steel material for Japanese swords. The Photo-2 of the overview of Tatara equipment shows the restored “Modern Tatara” which was operated until Taisho era. 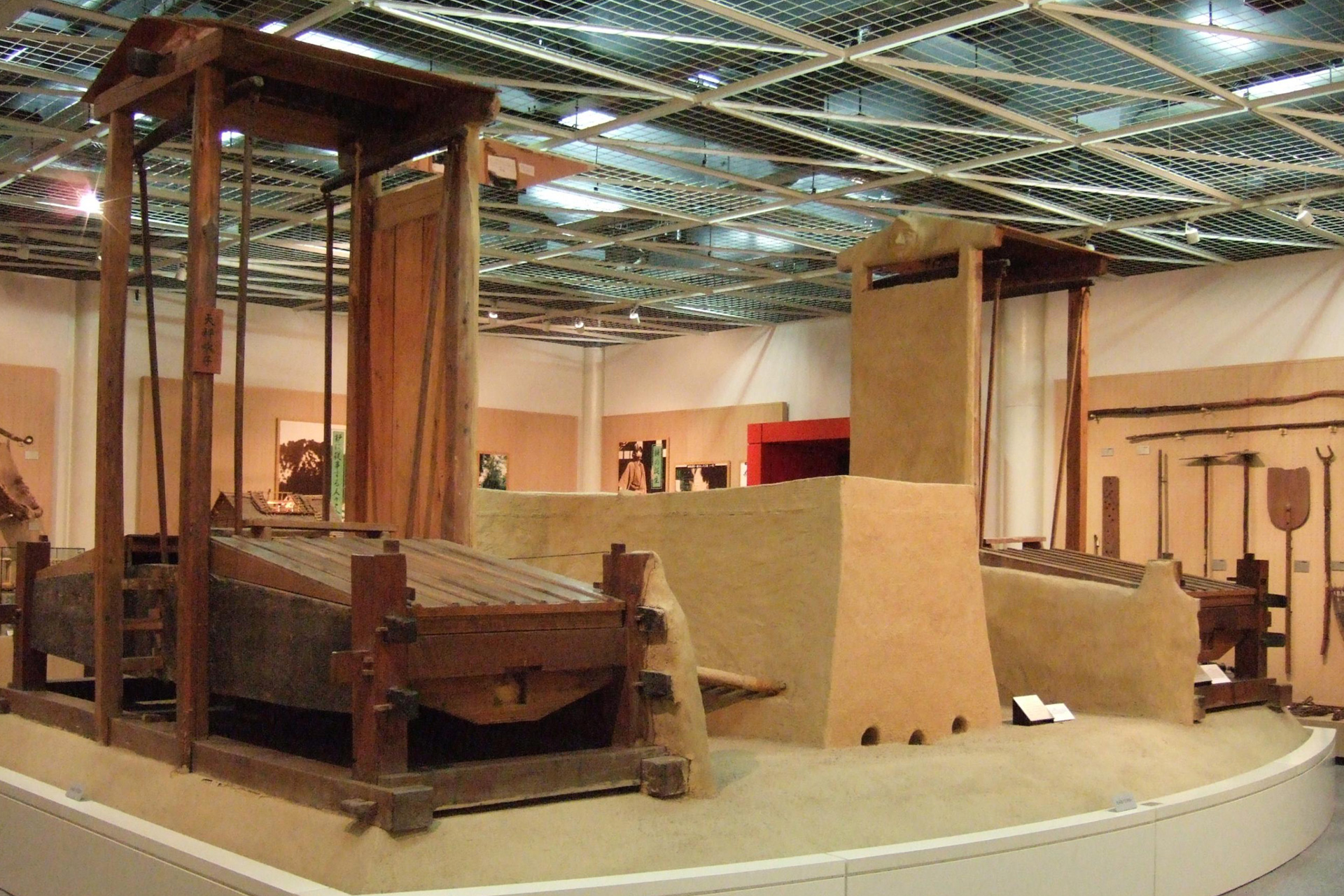 Photo-2: Overview of equipments of Tatara steelmaking process (Bellows made at 1891 and the restored furnace)

Actual operations of restored Tatara (Nittoho Tatara)are performed at Okuizumo-Town in Shimane prefecture every winter since 1977 and it has been supplying “Tama-Hagane” to sword smiths all over Japan.(see Photo-3) 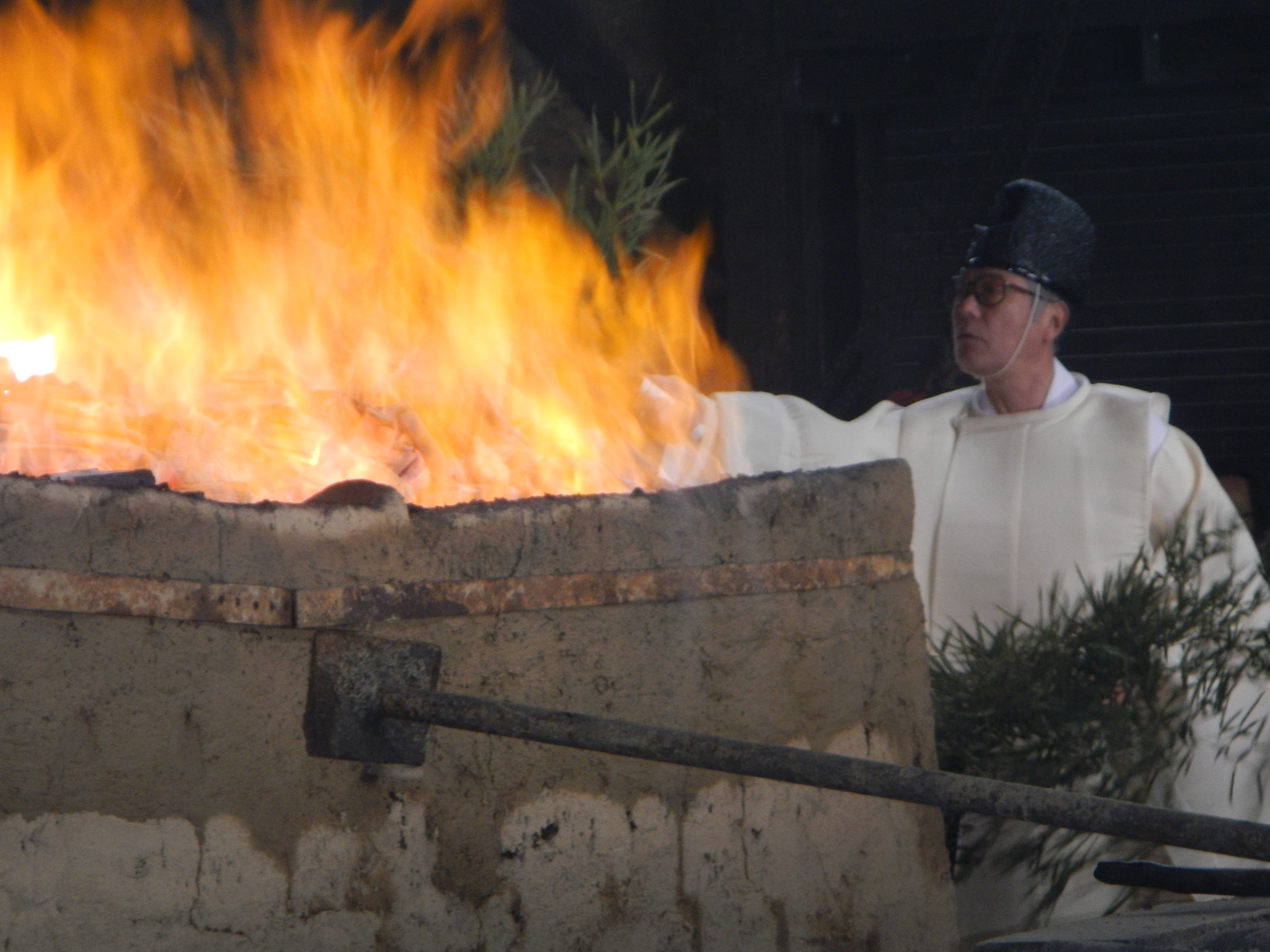 During operation, 10tons iron sand and 12tons charcoal are put into the furnace ever 30minites based on the decisions of “Murage” who is the chief engineer and manager of Tatara operation. It takes almost 70hours for one Tatara operation to produce” Kera” which may contain “Tama-Hagane”. The weight of “Kera” is around 3tons and may contain “Tama-Hagane” around 1 to 1.5 tons. Because “Kera” is formed at the bottom of the furnace, the furnace walls are broken down to pull out and cool down “Kera”. And then “Kera” is broken into smaller pieces using large weights and small hammers to classify “Tama-Hagane” and other grades such as pig iron, slags ad others. (see Photo-4)

Classification work was done by the people who were well-experienced and pig iron was also decarburized into steel at “Tatara” sites. 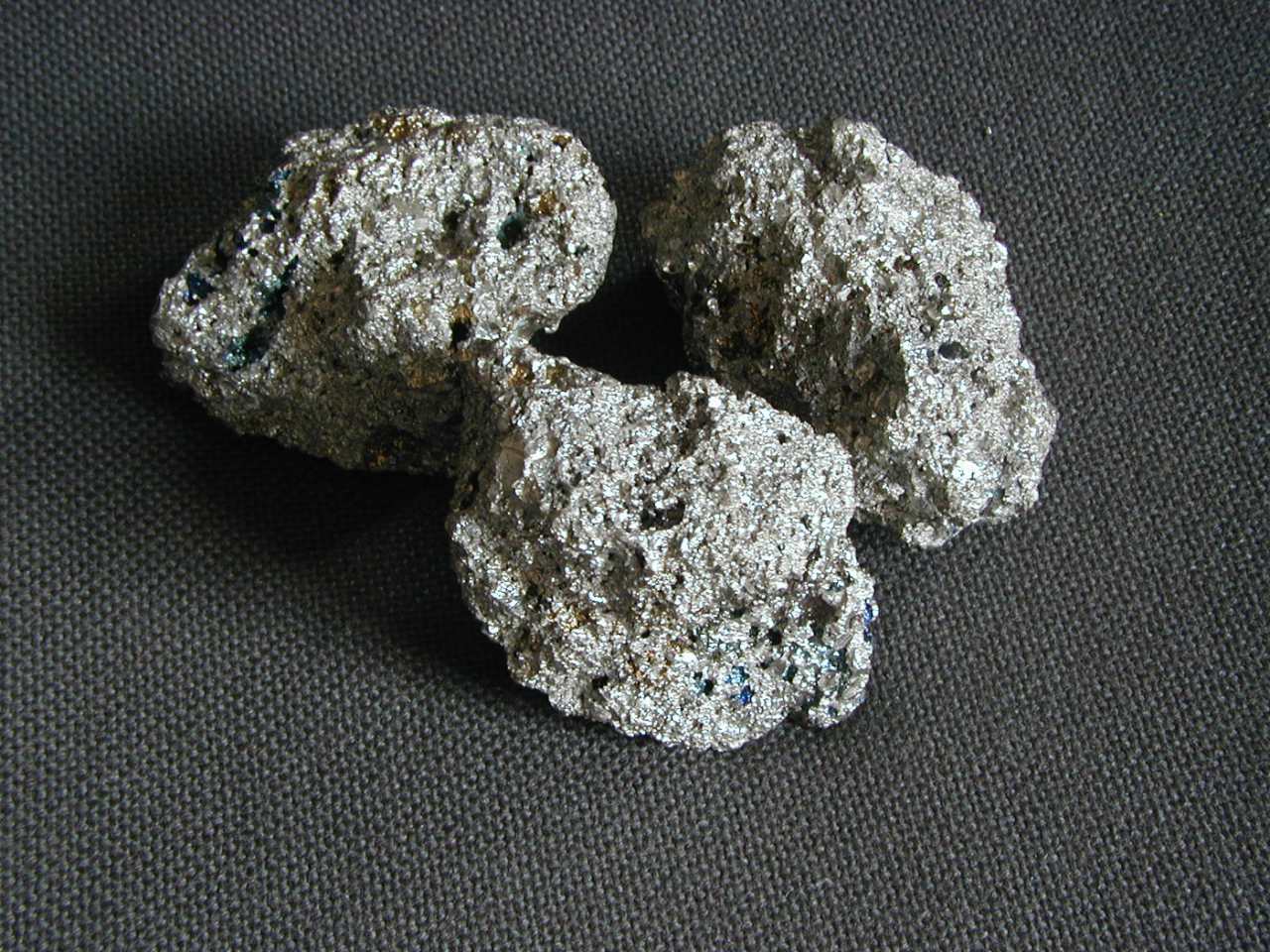 Photo-4: Tama-Hagane
Above stated procedures were established in Edo era and there were two major inventions which were called “ Tenbin-Fuigo”(seesaw bellows) and the underground structure removing and preventing “Tatara” operations  from drain and moisture. (see photo-5) 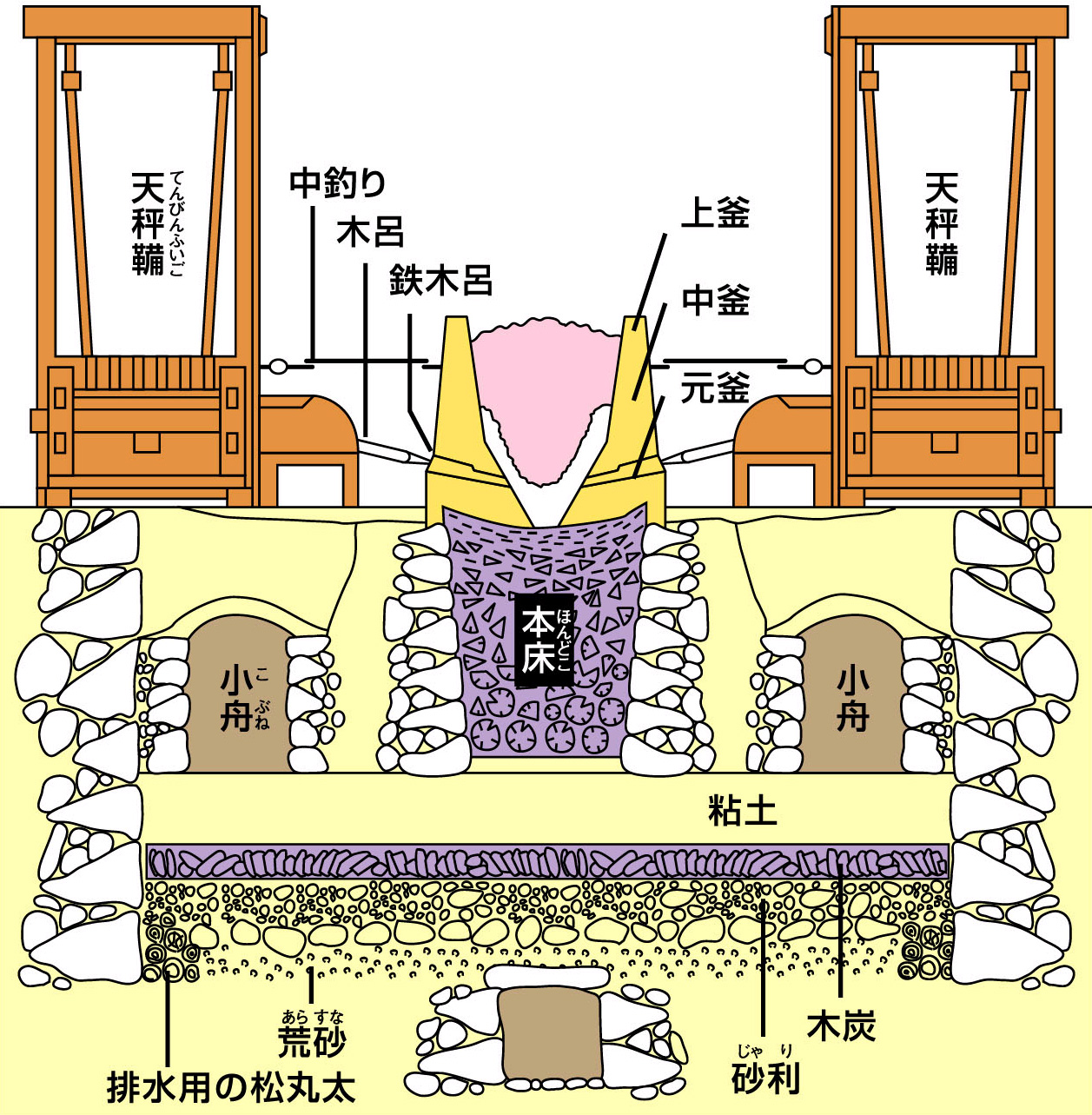 The method for collecting iron sand is called “Kanna-Nagashi” in which iron sand was concentrated from 0.5% to 80% by gravity concentration. This method was applied since 1610 to 1972. (see Photo-6) 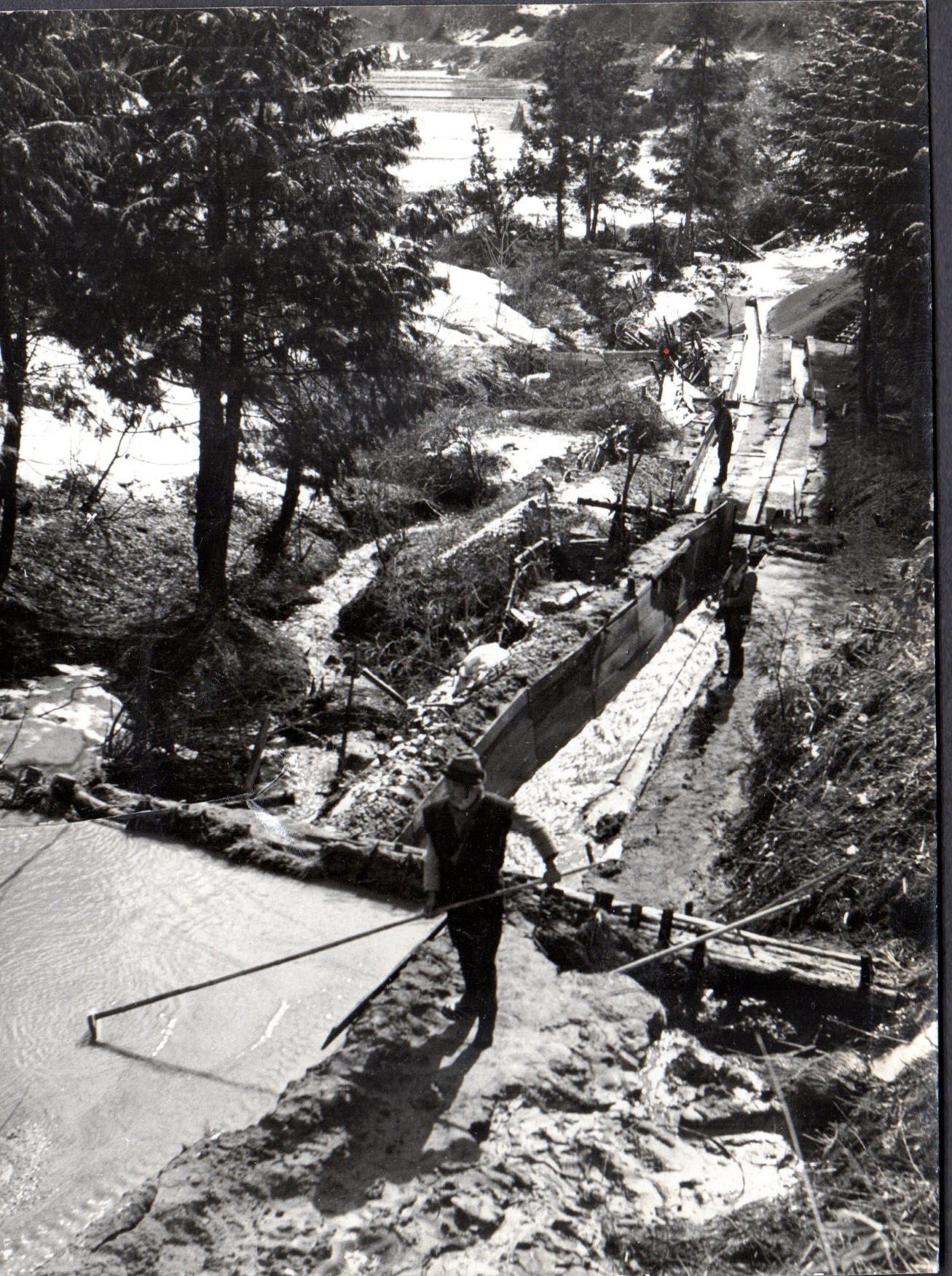 The above described information is the only introduction of “Tatara” to help you understand history of Tatara and exhibitions at Wakou Museum in Yasugi City. We will always welcome to Wakou Museum and guide and introduce you the ancient metallurgical technology originated in Japan including Japanese Sword Culture.